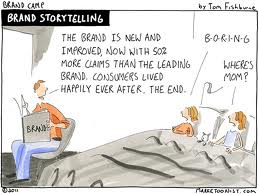 At a conference earlier this year, Rajdeep Endow, Managing Director of Sapient India, opined that consistently reinforcing the “story” of a brand is vital to its longevity. “The values of a brand and its image depend on the story of the brand itself. If that story remains intact, the brand can sustain itself,” he suggests. “A brand should encourage dialogue with the customer but rely on its experience to go through the story.”

As an example of best practice, he cited the case study of Hindustan Unilever, the FMCG manufacturer, and its attempt to establish Kwality Wall’s ice cream in India. The company introduced a vending machine that rewarded a consumer for smiling into a display screen with a free ice cream, thus reinforcing the positive message at the heart of its marketing campaigns.

Deepali Nair, Country Head, Brand Customer Service and Corporate Communications at L&T Insurance, provides another example of new technology being used to tell a brand story, with the company’s “Likh Ke Doge Kya” campaign. This focused on digital channels as well as TV, with the former medium offering 24/7 opportunities and allowing for conversations with consumers, and the latter promising considerable reach. 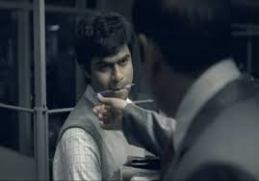 Sanjay Tripathi, executive vice president, marketing, at HDFC Life, another insurance provider, reports that it had based the “Sar utha ke jiyo” campaign on similar reasoning. To counter the increasingly outdated view that men are responsible for a family’s financial security, it developed a Facebook page aimed at female consumers, promoting them as equal partners in financial decision-making.

A key way of determining the effectiveness of such ideas, Tripathi added, is collecting feedback and monitoring data. “We should always understand the chatter that goes around the brand. The most important part is to keep the right balance between the brand and the technology so that none of it depends on each other.”

One thought on “Building brands: Leveraging technology for storytelling”